The Elections Are Over; What’s Next for the Young Kenyan Entrepreneur?

Jambo (Hello)! Came from the gentleman as he approached me just moments after I had the arrival hall of the Jomo Kenyatta International Airport behind me. I learned seconds later that he is a taxi driver, whom I guessed to be past middle age. He was in black trousers and chocolate sleeves with a leather jacket to go with it. It was 13°C in Nairobi.

“Thanks, but I have already made transport arrangements”, I replied whilst I nervously scanned the collage of paging boards. My name was missing.

He did not back down. For the next couple of minutes, this man gave me a pitch on why I should allow him to drive me to my destination. He was hustling me into his ride – I must admit he made me feel like a ‘big man’ being offered the chance to be privately chauffeured in a Rolls Royce, yet ambivalent. My arranged transport service provider eventually showed up, and I had to courteously part ways with the taxi driver.

As I walked with Nick, my driver, to the car, I wondered why he moved toward the vehicle’s passenger side – on the right-hand side. I saw the steering wheel. Then it dawned on me. Unlike in Ghana, the left-hand drive is the norm in Kenya. 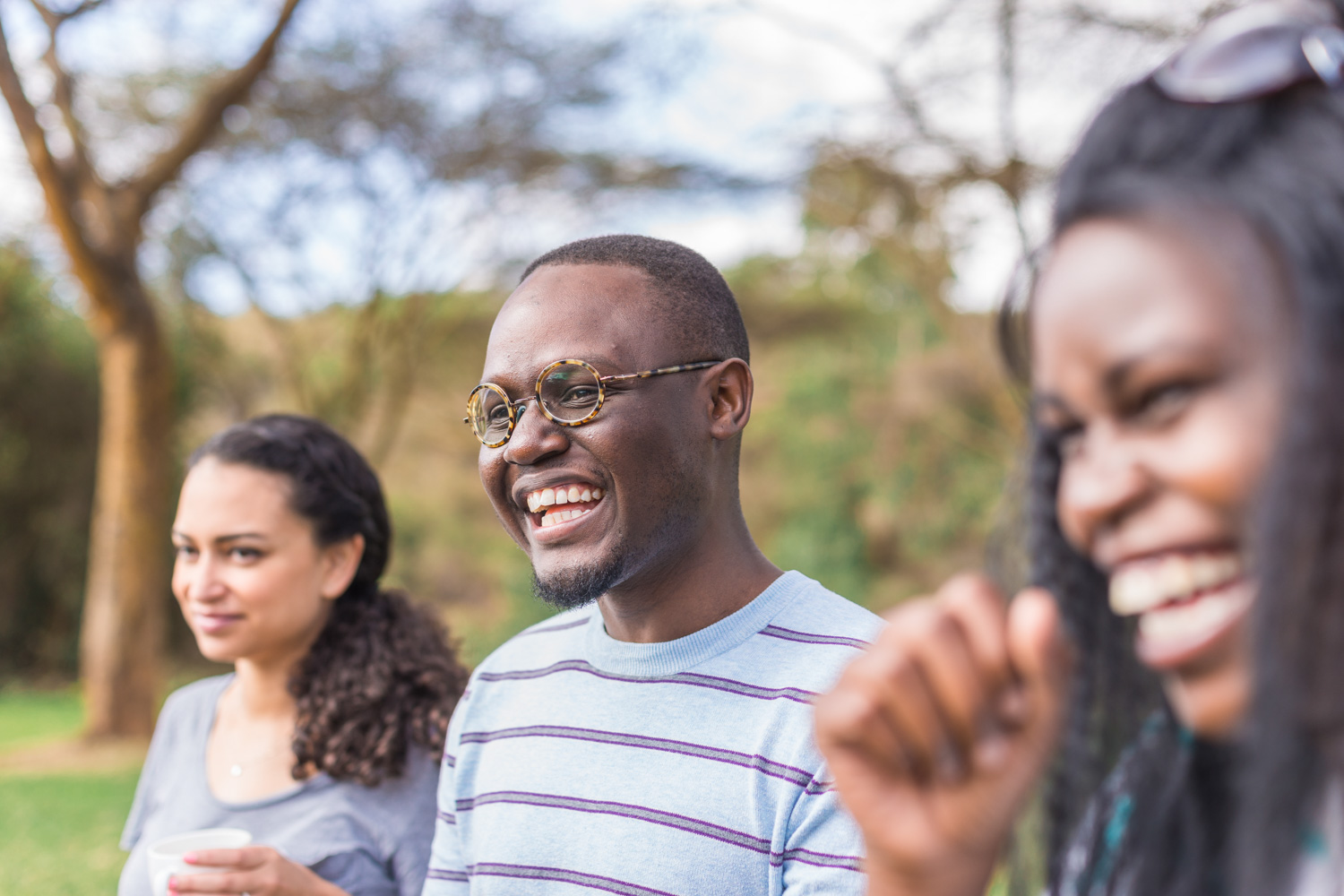 Modernity and the aggressive cold have beaten the appeal of lavish yet sparse flora percolating the immediate surroundings of the airport. Yet their exotic nature was a sight to behold.

If I had taken the newly built expressway, I would have arrived at my hotel in about seven minutes. The Chinese constructed this 73.5 billion shilling (US$648 million) sprawling infrastructure stretching 27 kilometres. “This road (expressway) will have a very, very big impact in terms of mobility of Kenyans, visitors, businessmen, businesswomen, tourists. This is one of the best pieces of infrastructure ever done in Africa. In fact, it’s the longest expressway in Africa”, said Cabinet Secretary for Transportation and Infrastructure James Wainaina Macharia during the trial run of the expressway. The expressway is expected to ease vehicular traffic to consequential parts of Nairobi including the presidential palace, airport and central business district.

The expressway is not free to the public. That, in addition to the fact that I wasn’t in a hurry, made us use the road’s low-tier, the slow, traffic-infested end that is freely accessible to the public. This is where you are presented with a vista of working-class Kenyans walking through the hustle and bustle of the city in steady gaits to make a living – some covered in the famous Masai cloth, others in modern jackets.

In the coming days, this demographic will be among those who will decide who should lead them for the next five years.

Kenya has a favourable development narrative in Africa beyond the stereotyped accolade of being the gateway to the East African market and the paternal roots of former US President Barack Obama. Between 2010 and 2018, its economy grew by 5.9% on average (7.5% in 2021) and was declared one of the fastest-growing in the region. However, this growth has not been inclusive.

The poor two-thirds of Kenyans who live on less than US$3.20 (382.8 Shillings) per day are highly vulnerable to economic shocks. With the incidence and aftermath of the coronavirus pandemic, the gap between the rich and the poor has further widened. 22.1million out of 47million Kenyans have registered to vote in the coming elections. The topmost issues on their minds are the economy and unemployment. The foremost contenders in the presidential race – Deputy President William Ruto and Former Prime Minister Raila Odinga – have no choice but to put forth persuasive messages and actionable manifestoes to assuage voters’ concerns.

Not all Kenyans are waiting on their politicians for bread though. Business founders and innovators are impactfully transforming key sectors of the local economy in myriad ways; from personalized educational content, post-harvest losses mitigation systems, convenient retail distribution, and smart addressing systems, to mention a few. But this cohort of risk-taking, creative entrepreneurs operate within the boundary of policy and, from this, emanate their peculiar heartaches – economic disincentives and constraints. Until bureaucratic processes are exhausted to operationalize the Kenya startup bill, startups remain a nebulous concept. This, combined with the informal nature of about 70% of micro, small and medium-scale businesses make the sector hard to decipher and support with necessary policy interventions.

The subject of policy coherence and targeting invite controversy as different local stakeholders are split on policy text and implementation mechanisms. The parties to the startup Bill, on both the demand and supply sides, value the Bill’s objective to streamline support interventions for startups. The division regards the how and the implementation integrity of the government. From the demand side – startup founders, investors, incubators, accelerators, civil society actors, etc. – are practical questions on issues of early payment for services rendered to government entities and lip service aside, real support measures for startups to grow and scale. The task of the supply side, mainly comprising the bureaucrats, technocrats and Politicians, is to incorporate the diverse and ever-changing wishes and aspirations from the demand side into a coherent, implementable policy blueprint acceptable by the parties it will affect most.  Aside from engagement, consensus-building is the other way to bridge the incommensurable difference in expectations for both sides. 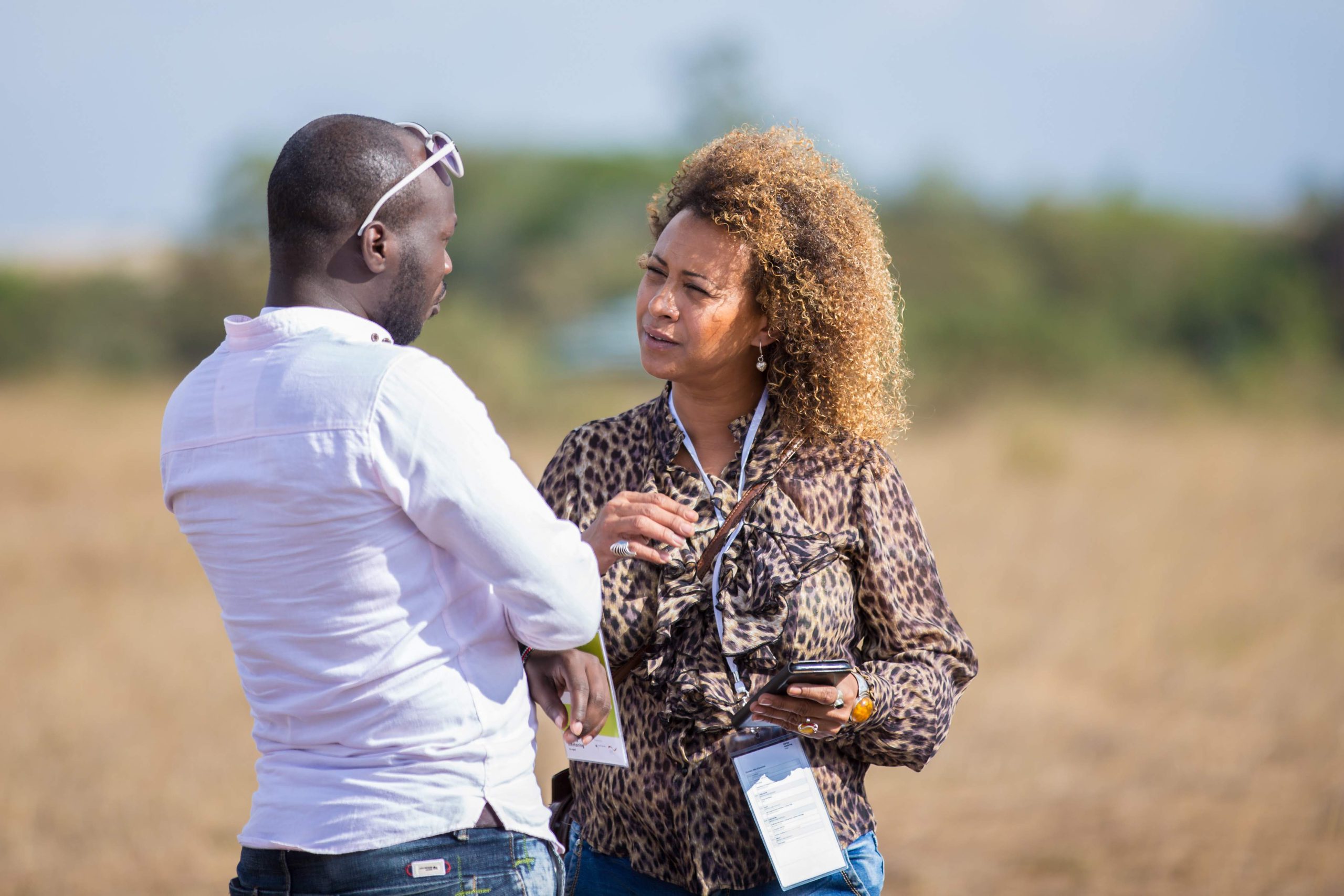 “The startup ecosystem is a unique space. This reflects the age distribution of Kenya. A lot of Kenyans are young. One of the things we are missing is the opportunity to influence policy for our best. We need to start being proactive rather than reactive. If we don’t engage in policy conversations, we will always have the short end of the stick.”, Victor Otieno tells me on a Zoom call. As the Managing Director of Viffa Consult, a management consultancy specializing in support services to Micro, Small and Medium Enterprises (MSMEs), Victor has worked with this business class for years. He underscores that whilst these MSMEs, about 7 million in total “represent about 90% of private sector enterprises across sectors and employ over 15 million Kenyans”, a mixture of bad experiences and fear of being identified for tax purposes makes it difficult for them to engage actors in the regulatory space formally. Young Kenyans are the conspicuous demographic of the local MSMEs, most of whom grew up with mobile phones and the internet. They are globally exposed and are determined to succeed in their lifetime. And they have no romantic notions of anything government and tend to see government incentives as traps instead of carrots. So the myriad incentives to get MSMEs to formalize, including the 30% allocation of public procurement opportunities to small businesses owned by the youth, women, and persons with disabilities, are not being maximized as intended.

This defining tendency of the youth also manifested strongly in the elections. Eight (8) million of the 22 million registered voters were young people between 18 and 35. Is this the face of the apathy, frustration, distrust and lack of awareness that occasion disinterest in policy conversations in Africa? Or maybe, this is a curious case of young Kenyans reimagining a political blueprint that would engender inclusive economic prosperity and human flourishing in their lifetime?

On August 15, William Ruto was declared President-elect by the Independent Electoral and Boundaries Commission (IEBC) Chairman Wafula Chebukati. Ruto’s work is cut out for him. According to the Council on Foreign Relations, “Rebuilding trust in the country’s institutions and confidence in the connective tissue that binds the electorate and their political leaders will be a daunting undertaking.” Against the context that the economy and unemployment are pivotal matters to young Kenyans, the demographic that dominates the country’s startup ecosystem, will a responsive policy that empowers entrepreneurship and a point-by-point action plan to fully operationalize the startup Bill be among Ruto’s priorities in his first 100 days?

Ernest is a professional who brings a multidisciplinary background, practical experience, and a flexible, tactical approach to problem-solving. He has an extensive working history with myriad entrepreneurs, ecosystem enablers, politicians, governance experts, and stakeholders whose decisions affect entrepreneurs and entrepreneurial ecosystems.

More on our blog

This reflective article from our Project Lead, Carolin Schütz, is a curtain-raiser to all we aspire to achieve with the AfricaBerlin Network.

In this episode, Caitlyn Nash tells us why she believes Africa is the tech continent of the future and why partnerships are key for entrepreneurs.

A conversation about the global world of coffee and women entrepreneurship.